School Bus Caught Up In Accident 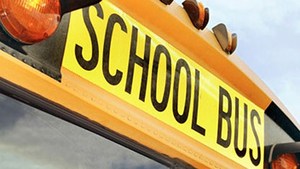 A Wapato School District bus with two students on board got caught up in an accident involving two other vehicles shortly before 7:30 this morning (Nov. 14).  It happened at the intersection of Campbell and West Wapato Roads.  There were only four people on the bus and all are uninjured.  Those on the bus included the two students (PreSchooler & 4th Grader), a para-educator and the bus driver.  The bus was on its normal morning route, as it was nearing the intersection of Campbell and West Wapato Roads, the two other vehicles collided in the intersection.  The impact of the accident caused the colliding vehicles to make secondary contact with the bus.  The District dispatched another bus to the scene and transferred the two students from the bus caught up in the accident so they could be transported to school. The students have arrived safely to school.  The District has contacted the families of both students and has informed them of what happened. Thank you to our Transportation Department staff for the high degree of professionalism in handling this incident.