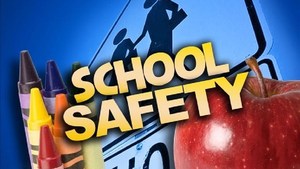 The District has been dealing with two unrelated safety situations today. (Friday, December 15, 2017).

The first involved the report of a threat referencing Wapato High School that surfaced on a social media platform later last night.  In response the District worked late into the night and very early this morning getting increased security personnel in place at all school buildings by the time students began arriving for school this morning.  The District also implemented additional safety measures this morning that included administrators manning locked main entryway doors at the schools and greeting/screening people wanting access to the buildings.  Another level of safety included students being kept inside for activities like recess and P.E.   Those heightened security measures remained in place throughout the school day.  Since learning about the threat the District has been working with law enforcement and assisting with their investigation in any way possible.  To help with the investigation Wapato High School operated under a modified lockdown structure throughout the majority of the school day.  Under the modified structure classes were conducted on a normal schedule, however outside activities, like P.E. were moved inside and an end of the day assembly was canceled.  The school day ended without incident and with all students and staff being kept safe.

The other, unrelated situation, involved another perceived threat discovered this morning on a social media platform involving PACE High School.  Upon learning about the PACE situation the District called for a full lockdown of all school district buildings and immediately involved law enforcement.   The lockdown started about 8:15 a.m. and was lifted about 15-minutes later for all buildings except PACE.  Although the other buildings were released from the full lockdown, they continued to operate under the heightened security measures outlined above.  PACE remained in a full lockdown until about 8:40 a.m. at which time it was changed to a modified lockdown.  PACE operated throughout the rest of the school day under the modified structure in an effort to assist law enforcement with their investigation.  The school day ended without incident and with all students and staff being kept safe.

Keeping our students and staff safe is a top priority for the District, so anytime it encounters situations like today it acts out of an abundance of caution.  We want to thank the staff for their professionalism in helping keep students and themselves safe.  We are also thankful for the working relationship the District has with law enforcement and their response to today’s situations.