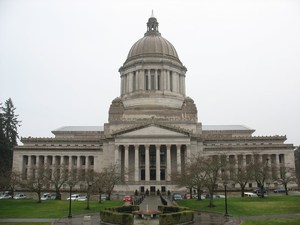 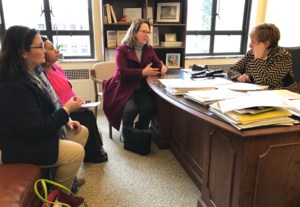 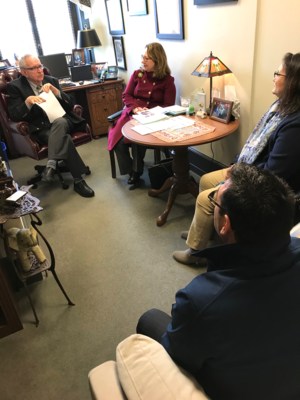 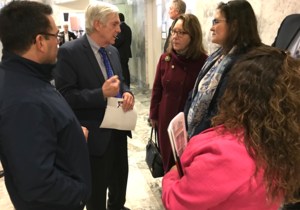 State lawmakers are running out of time if they hope to wrap up the 2018 legislative session on time.  The regular session ends March 8th and there is still a lot of work left to be done.  A couple of large agenda items include adopting a supplemental budget and making fixes to the school funding reform legislation that was adopted during the 2017 session.

Superintendent Becky Imler and School Board President Maria Erickson led a lobbying team from the District to Olympia on February 21st to meet with legislators and address some of the proposed fixes. The District’s team met with most all of the lawmakers that represent our region.  Team members also met with the chairs of both the House and Senate Education Committees to share concerns and suggestions to help inform their work as they make decisions about proposed fixes.

This is the second time this session Superintendent Imler and Board President Erickson have been in Olympia advocating on behalf of the students, staff and families of the Wapato School District.